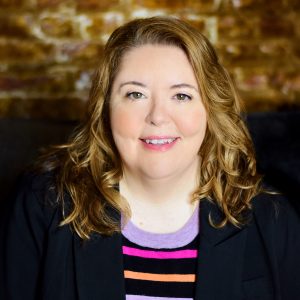 Kimberly Potts is a TV and pop culture journalist. Her book, The Way We All Became The Brady Bunch, will be released on December 3, 2019. Learn more about the book.

For several seasons, she covered the number one sitcom on TV, The Big Bang Theory, and the number one cable drama, The Walking Dead. She’s written oral histories of Deadwood and Breaking Bad, and think pieces defending the polarizing series finales of Seinfeld and The Sopranos, and co- hosts the weekly podcast Pop Literacy.